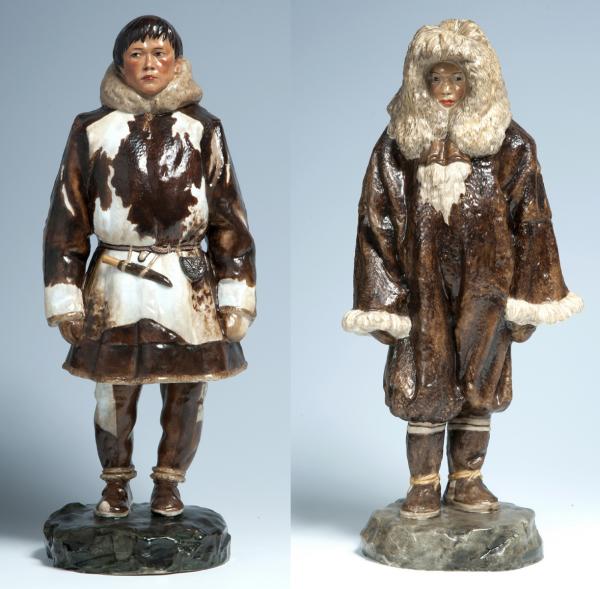 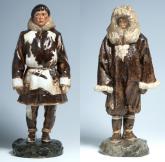 The Peoples of Russia series was commissioned by Emperor Nicholas II and manufactured by the Imperial Porcelain Factory. The porcelain figures were sculpted by Pavel Kamensky, a graduate of the Imperial Academy of Arts, after mannequins in the Peter the Great Museum of Anthropology and Ethnography (Kunstkammer) and the Department of Ethnography, Emperor Alexander III Russian Museum. The series, which depicts 73 representatives of different peoples, numbers 146 individual figures and reflected the multinational composition of the Russian Empire’s population.