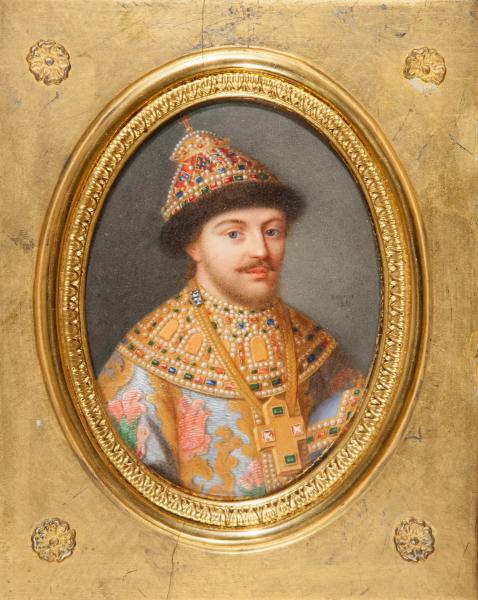 Feodor III Alexeyevich (30th May/9th June – 27th April / 7th May 1682) was the Russian Tsar from 1676. He was a son of Tsar Alexis and Tsarina Maria Miloslavskaya, the elder brother of Tsar Ivan V and half-brother of Peter the Great. He was well-educated person and he became one of the founders of the Printing school at the Zaikonospassky Monastery which was the forerunner of the Slavic Greek Latin Academy.

During his reign the repressions against the Old Believers were being continued. The Archpriest Avvakum who according to the legend had predicted the early death of the Tsar, and his fellows were burnt alive.

Shortly before the death the Tsar married Marfa Apraksina, a sister of Feodor Apraksin, admiral, the future associate of Peter the Great. Feodor Alexeyevich died on 27th April 1682 at the age of 20. The question of succession caused unrest that resulted in decision of enthronement of two tsars simultaneously – the younger brothers of Feodor – Ivan and Peter by the regency of Sophia Alexeyevna, their elder sister.