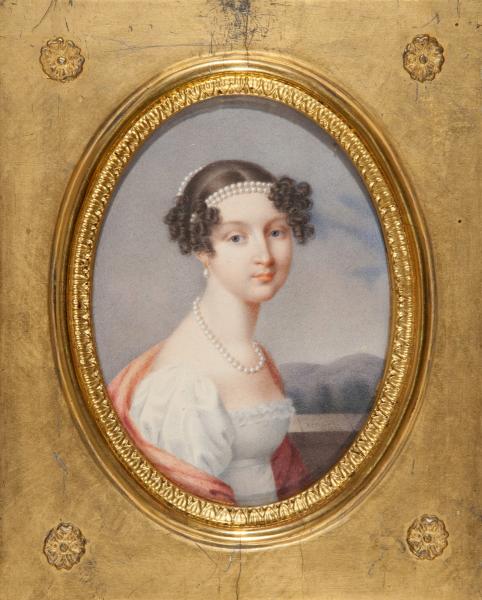 Grand Duchess Anna Pavlovna was born on 5th 1795. She received education under the guidance of her mother and Countess Charlotte von Liewen. She had married the Prince of Orange who became the King of the Netherlands as William II in 1840. In Holland Anna Pavlovna showed herself as a true daughter of Empress Maria Feodorovna: she engaged herself fully in charity. She founded a hospital and nursing home for wounded soldiers and invalids and established more than 50 orphanages for poor children. Anna Pavlovna died on 17th February 1865 and was buried in the Orthodox Church of Amsterdam built by Emperor Nicholas I. She had four sons and a daughter from the marriage to William II: William III of the Netherlands, Prince Alexander, Prince Henry, Prince Ernest Casimir, and Wilhelmina Marie Sophie Louise who married Charles Alexander, Hereditary Grand Duke of Saxe-Weimar-Eisenach.