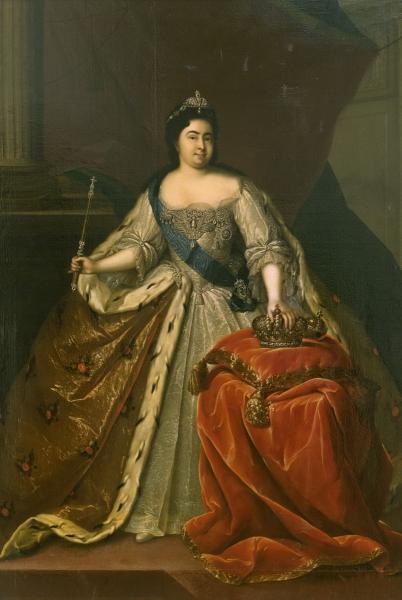 Catherine Alexeyevna, née Marta Skowrońska (1684–1727) was the second wife of Peter the Great (from 1712). She was of humble origin, and possibly from a peasant family from the Baltic region. She became the Tsar’s mistress in 1703, and in 1704 she gave birth to Peter’s first child, who soon died. She gave birth to two daughters, Anna and Elizabeth, before her official marriage in 1712. She had immense influence over her husband, and was crowned Empress and co-ruler in 1724. She ruled as Empress after Peter died on 28 January 1725.