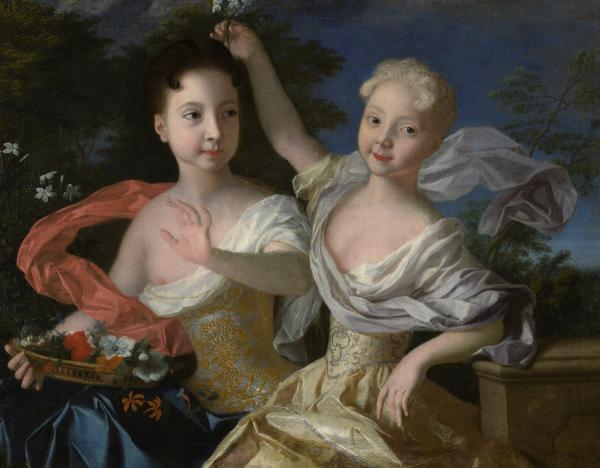 Louis Caravaque’s painting is dated according to the official inventory of the artist’s works that he completed in November 1723. The entry for 1717 reads: “At the command of the Most Serene Prince, two portraits of Their Imperial Highnesses, Tsarevna Anna Petrovna and Tsarevna Elizabeth Petrovna, were painted on a single canvas.” The portrait is also mentioned in Jacob Schtelin’s Notes: “Louis Caravaque ... painted the Imperial Princesses Anna and Elizabeth in their youth.”