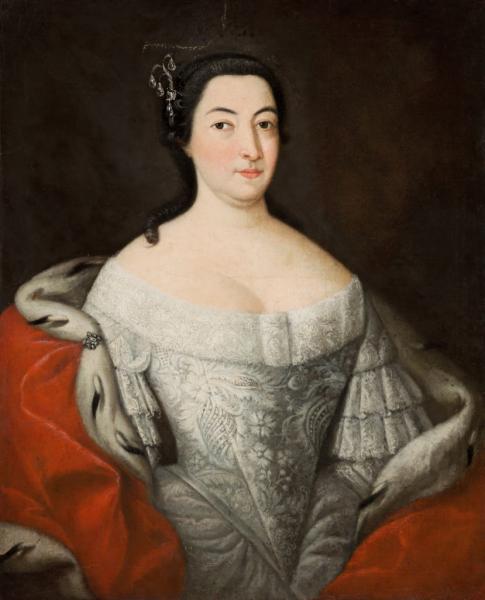 Traditionally, the painting is attributed to Louis Caravacque. However, through the technical research conducted and comparison of the work to classic paintings by Caravacque, it was determined that there is a difference in brushwork. It is very likely that the portrait was created by Johann Gottfried Tannauer in the middle of the 1710s when Karl Leopold, Duke of Mecklenburg-Schwerin was proposing to Catherine Ioannovna.