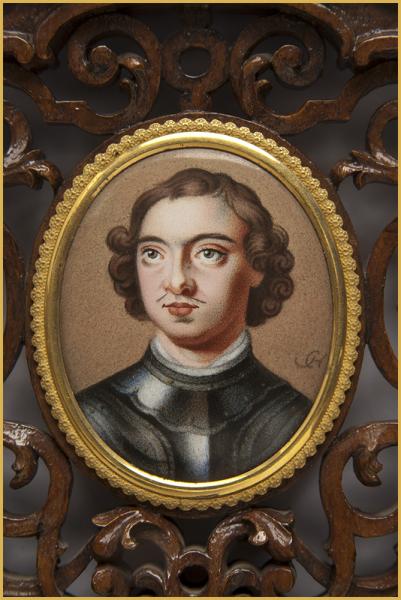 The fact that there is no ribbon of the Order of St. Andrew the Apostle the First-Called suggests that the portrait was probably painted before 1703 (on May 10, 1703 Peter received the order for capturing two Swedish vessels at the mouth of the Neva river). The painting is based on the portrait created by Gottfried Kneller, but there are some changes introduced to the image. All famous portraits of this kind were made with the use of a copper plate unlike portraits that were painted later with the use of gold.