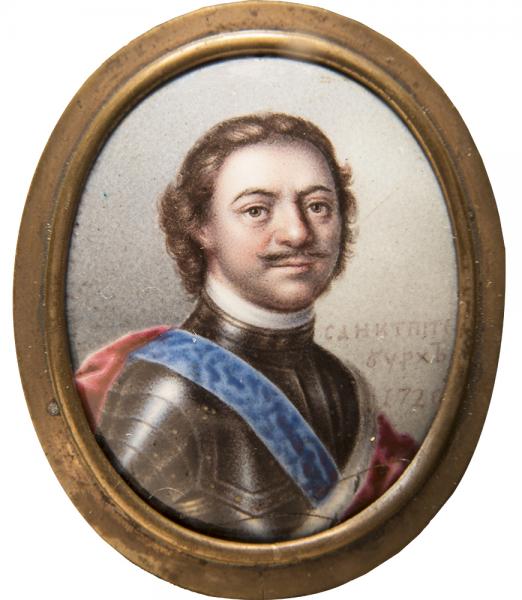 The painting is traditionally referred to as “a type close to Carel de Moor’s portraits.” Peter’s facial features resemble the ones that can be seen on other miniature portraits painted by the artist, and confirm the fact that the artist belongs to the Russian school of painting. Peter is depicted wearing a suit of armor and a raspberry-red mantle lined with ermine, having a ribbon of the Order of St. Andrew the Apostle the First-Called over his shoulder.