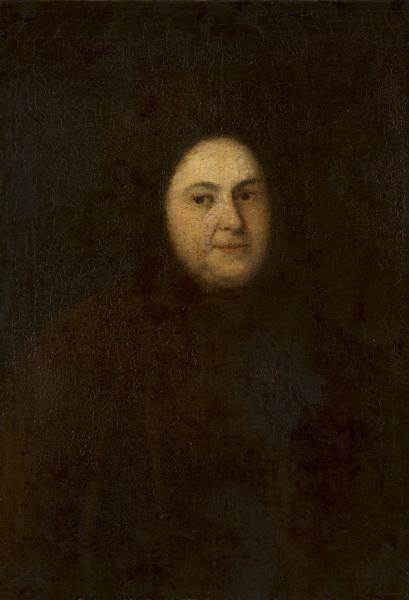 Eudoxia Lopukhina (née Praskovia Illarionovna; June 30, 1669 – August 27, 1731). Daughter of Illarion (Theodore) Avraamovich Lopukhin and Ustinia Bogdanovna Rtishcheva. Last Russian tsaritsa, first wife of Peter the Great (from January 27, 1689 to 1698). On September 23, 1698 her husband sent her to the Intercession Convent of Suzdal (traditional place of exile for tsarinas) where she was made to take the veil under the name of Elena. In 1718 she was transferred first to the Assumption Convent in Aleksandrov and then to the Assumption Convent in Staraya Ladoga, where she remained under strict oversight until the death of her ex-husband. Starting from 1725 she secretly remained in custody in Shlisselburg as a state prisoner. When her grandson Peter II succeeded to the throne she was brought to Moscow with great honor, there she first resided in the Ascension Convent in the Kremlin, and subsequently in the Novodevichy Convent.

Within exhibitions that took place in the beginning in the 20th century the portrait of Tsarina Eudoxia Feodorovna was exhibited with no artist’s name mentioned. Later, the assumption was made that the person depicted is Tsarina Natalia Kirillovna, and that the portrait is one of the earliest works of Ivan Nikitin. However, in a recent publication the person depicted was proved to be Tsarina Eudoxia; it was also proved that the portrait was created in 1727, the time when she returned to court after her grandson Peter II succeeded to the throne.