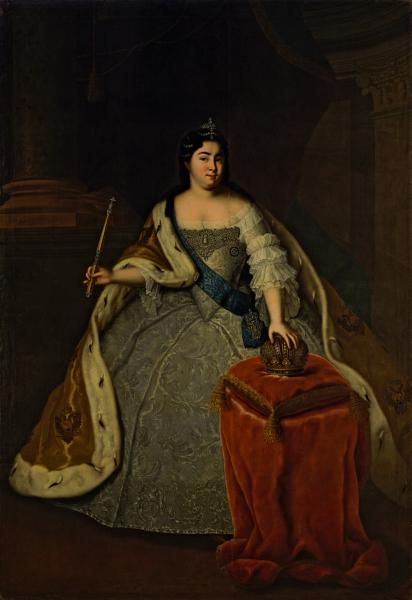 Portrait of Catherine I

Catherine is depicted with a ribbon and a star of the Order of St. Andrew the Apostle the First-Called. The portrait can be traced to the iconographic type of Adolsky of 1725, but it also possible that it was created a bit later.