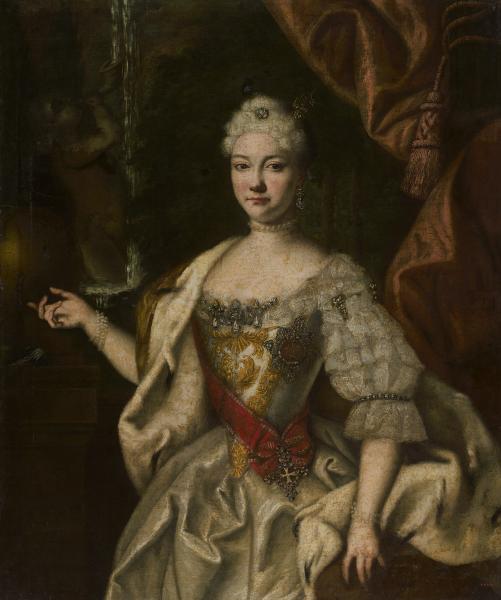 Natalia Alexeyevna (July 21, 1714 – November 22, 1728). Grand Duchess, daughter of Alexis Petrovich and Charlotte Christine Sophie of Brunswick-Wolfenbüttel, sister of Emperor Peter II. In her last will and testament Catherine I put Natalia Alexeyevna among those members of the imperial family who would have had the right to succeed to the Russian throne if Peter II, Anna Petrovna, Elizabeth Petrovna, and their offspring died.

Natalia Alexeyevna is depicted with a star and a ribbon of the Order of St. Catherine. The subject was thought to be the ruler Anna Leopoldovna, and the portrait used to be attributed to Johann Gottfried Tannauer. Personification of the portrait, Milyukov’s authorship and the dating were suggested in 1965. A document that was acquired later suggests that Milyukov copied a portrait painted by Louis Caravaque.