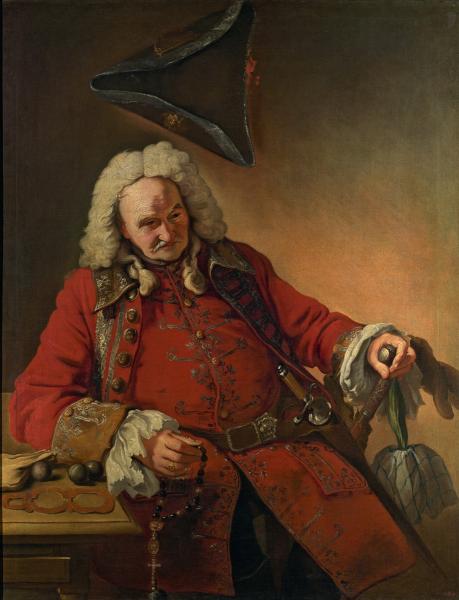 Portrait of an Old Man in a Red Coat

First half of the 18th century

For many years, the portrait was considered to be a picture of Ivan Balakirev, the fool of Peter the Great (1699–1763). It was acquired by the Russian Museum with the attribution as a part of the famous Lobanov-Rostovsky collection. Apparently, the attribution was suggested by the notorious art collector Mikhail Botkin, who acted as intermediary when the collection was purchased. However, the attribution was already in question in the Russian Museum’s first catalogue. After that, the portrait was known under different names; and in the 1950s it was cautiously titled “Portrait of an Old Man in a Red Coat“ by an unknown artist. Half a century ago, it was suggested that the painting was painted by Georg Gsell, and recently, a new theory emerged suggesting that the person depicted is Jacob Bruce, an associate of Peter the Great.