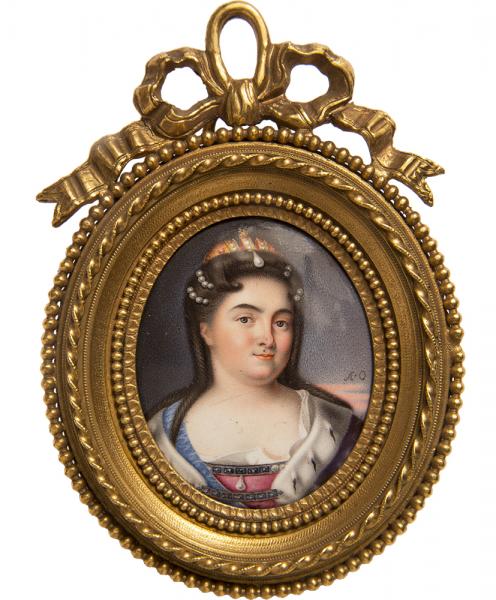 Portrait of Catherine I

Traditionally the image is seen as the “Tannauer’s type.” The composition and the color of the dress make it similar to a portrait painted by Ivan Adolsky. Identical portraits created by Ovsov are housed in the State Hermitage and in the State Historical Museum. Catherine is depicted wearing a red gown and a purple mantle lined with ermine, with a ribbon and a star of the Order of St. Andrew the Apostle the First-Called, and a small crown on her head. Her hair is plated with strings of large pearls.