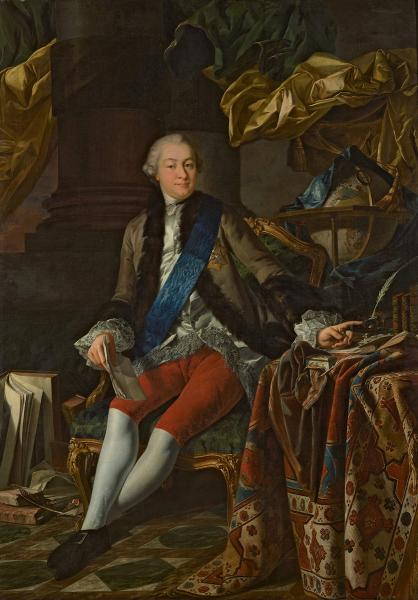 Ivan Shuvalov (1727–1797) was a privy councillor, Great Chamberlain and lieutenant general. He was a favourite of Empress Elizaveta Petrovna. He was the founder and the first curator of the University of Moscow (1755), the first president of the Imperial Academy of Arts, which was also founded as his project, and was a patron of the arts. He contributed to the development of the arts and sciences in Russia. From 1763 through 1777, he travelled around Western Europe. He was acquainted with Diderot and Voltaire. He is depicted with the Order of the White Eagle (ribbon and star; 1754). The portrait was painted by artist prior into entering into a contract for admission into the service at the Imperial Academy of Art as an “example of his work and abilities”.