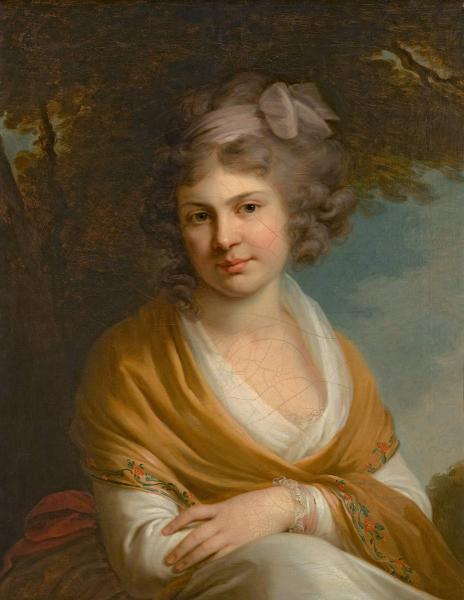 Natalia Alexandrovna Suvorova (1775–1844), Countess, only daughter of Field Marshall Alexander Suvorov who affectionately called her “Suvorochka”. She was a lady-in-waiting to Catherine II (from 1791). From 1795 she was the wife of Senior-equerry Count Nikolai Zubov (1763–1805), the elder brother of one of the Empress’s favourites. In 1801 her husband took an active part in a plot to kill Emperor Paul I. Natalia Alexandrovna moved to Moscow and lived separately from her husband and once widowed, she dedicated herself to bring up her six children. According to legend, Natalia Alexandrovna did not manage to escape when the French army reached Moscow in 1812 and she and her carriage were detained. However, learning that before them stood the daughter of the great Suvorov, the French let her and her children escape through their lines giving them full military honours.