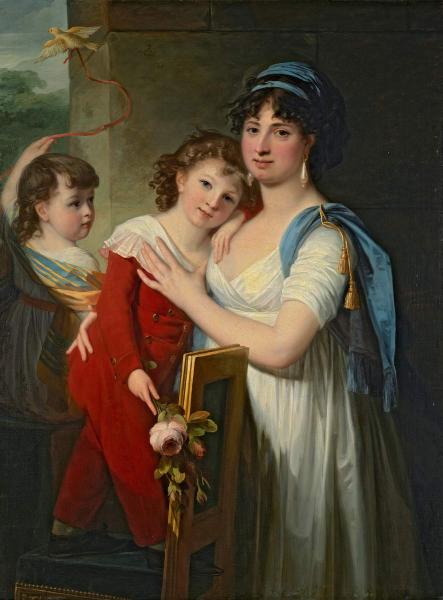 Anna Muravyova-Apostol (177?–1810) was the daughter of a Serbian general of the Austrian Army, Simon Černojevič, and the first wife of the diplomat Ivan Muravyov-Apostol.

Matvei (Mathew) Muravyov-Apostol (1793–1886) was a Decembrist. He was the son of Ivan Muravyov-Apostol and Anna Muravyova-Apostol (née Černojevič), and the brother of Decembers Sergei and Ippolit Muravyov-Apostol. He studied at the Transport Corps, but did not graduate. He participated in the Patriotic War of 1812 and the Foreign Campaigns of 1813–1814. In 1812, he retired with the rank of lieutenant colonel. He was one of the founders of the Union of Salvation and of the Union of Prosperity, and a member of the Southern Society. He took part in the Chernigov Regiment revolt. He was sentenced to 20 years in a labour camp. He was sent to live in Vilyuisk in 1826 and Yalutorovsk. He moved to Tver in 1856. He left behind his Memoirs.