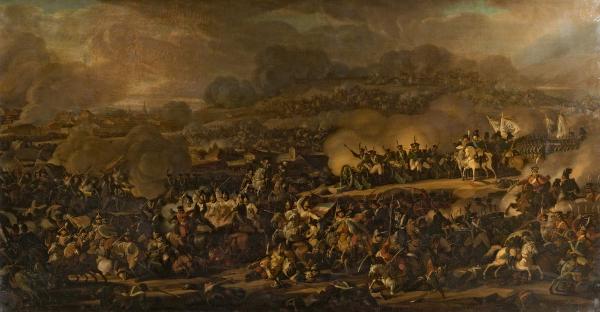 The battle fought at Leipzig in Saxony on 6 October 1813, which is also called the “Battle of the Nations”, is one of the largest in world history. In this battle, Napoleon Bonaparte was defeated by the unified armies of Russia, Prussia, Austria, and Sweden, who comprised the anti-Napoleon Sixth Coalition, which also included Great Britain, Spain, and Portugal. The victory at Leipzig led to Napoleon losing his last allies and put before him a Europe united against him. The canvas was painted by Vladimir Moshkov at a time when memories of this grandiose battle were still fresh. Upon examining this painting by the recent graduate of the Academy, the Academic Council awarded him the title of Academician.