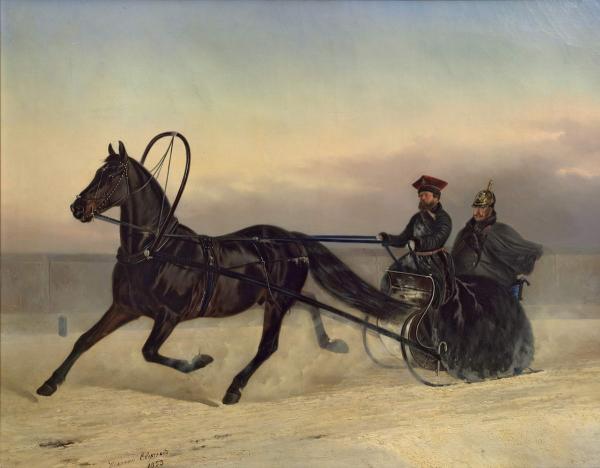 Nicholas I in a Sledge

Nikolai Sverchkov, the son of a court coachman and groom, dedicated his entire artistic career to equine painting and the Imperial Court, which frequently commissioned work from him. Regardless of the subject, his canvases almost always featured horses. The portraits Sverchkov painted were no exception. The artist’s models, as a rule, either were riding in horse-drawn carriages or were sitting on horses. This half-portrait/half-genre painting by Sverchkov is devoid of the usual pomp of works that depict the emperor – this case, Nicholas I – and shows him outside of an official situation, causing us to see him less as an autocrat, and more as a private person.