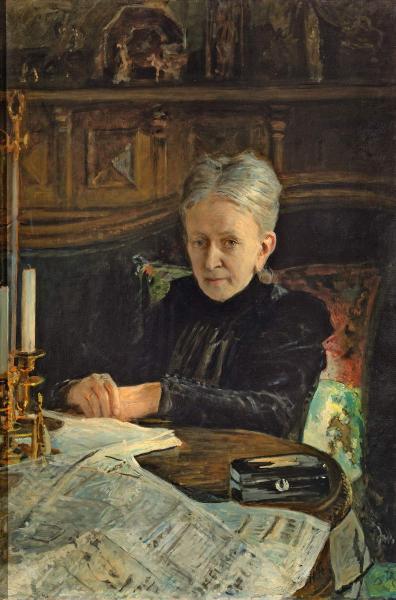 The compositional solution of the portrait of the writer and social activist Elena Likhacheva (1836-1904) is not typical of Ge’s portrait work. Likhacheva is shown in the study at a table. Her small figure in a black dress seems to be lost, surrounded by various objects. Likhacheva's eyes gaze intently at the viewer, showing intellect and spiritual depth.

Even in his younger years, Ge was convinced that "the artist must convey the image of his dear compatriots", doing that not for himself, but "for society." He felt like this while painting the portraits of Alexander Herzen, Nikolai Nekrasov, Mikhail Saltykov-Shchedrin, and later Leo Tolstoy. The civic-mindedness was a typical feature of the Peredvizhniki’s portraits.