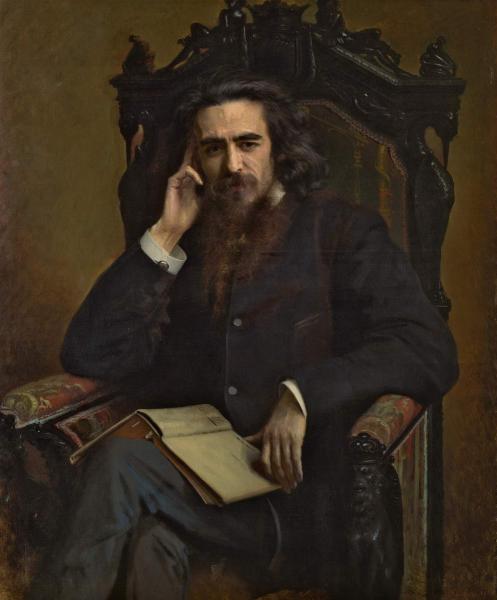 Vladimir Sergeyevich Solovyov (1853–1900), the son of the leading historian Sergei Mikhailovich Solovyov, was a philosopher, poet, publicist and literary critic. His teaching on the universe as an “all-encompassing unity” that united the Christian tradition with the West European idealism of the 19th century gave an impulse to the appearance and development of a whole school of philosophy (Lev Karsavin, Evgeny Trubetskoy, Semyon Frank and others), and his poetry and critical essays helped the development of literary Symbolism. He taught in the St Petersburg University as well as in other educational institutes in the capital.