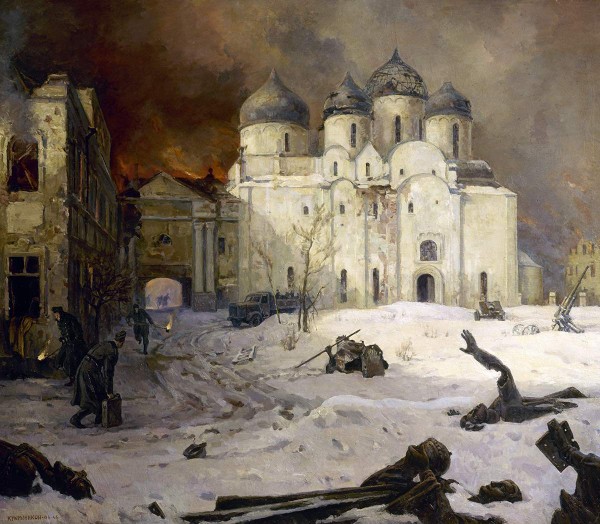 In 1943, artists began to visit the front lines. In 1944, they went to the newly liberated Veliky Novgorod and were shocked by the terrible destruction they found there. Battle-scarred but retaining her dignity, the ancient 11th-century Cathedral of St Sophia rises above the Novgorod Kremlin’s smoldering ruins. The artists applied the principle of contrast — a proud and defiant church with the figures of arsonists, the destroyers, scurrying around. It was as if their act of defacing the memorial to the Thousand Years of Russia had to be avenged. St Sophia’s Cathedral is seen as the symbol of a country and people that were not broken.