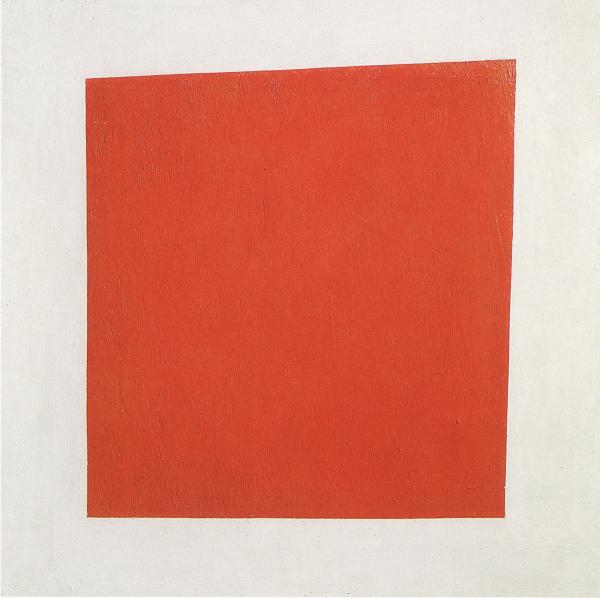 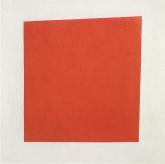 Red Square was painted in the mid-1910s, when Kazimir Malevich correlated his art to the “final chapter in the development of easel painting.” Like Black Square, this work is an epigraph to the master’s entire oeuvre and his universal artistic system. “Draw in your studios,” Malevich wrote in 1920, “the red square as a sign of the world revolution of the arts.” The alternative title of Painterly Realism of a Peasant Woman in Two Dimensions helps to throw light on Malevich’s concept. The artist’s imagination endows the “painterly realism of a peasant woman” with a certain semantics, partially divinable and partially representing a “quotation” from his own theoretical statements, reflecting his knowledge of such topical works of philosophy as Peter Ouspensky’s Tertium Organum: The Key to the Mysteries of the World (1911).

Kazimir Malevich’s canvases transform the surrounding reality, which we perceive in three dimensions, into an image or sign interpreted in two dimensions and, as such, far removed from concrete associations. The artist’s ABC of Suprematism regarded red and black as the “heights of the pure tensions of colour and form, while white is the highest tension of colour in general.”Malevich sometimes even referred to white as the “noncolour light.”The virtually indiscernible asymmetry, dynamically uniting the white grounds of the background, helps the rich red square to express the super-personal essence of art. An important influence on Malevich’s Suprematism was the artist’s familiarity with Russian icon-painting, with its special symbolics known only to the initiated.