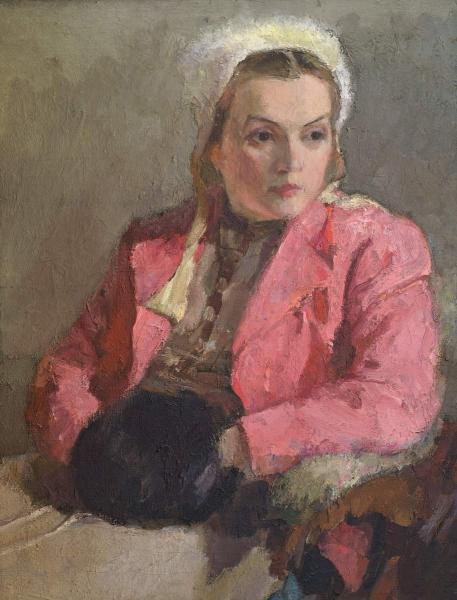 Maria Petrova worked as a political instructor at the House of Radio in Leningrad during the war. A member of the civil defence team of the Leningrad Radio Committee, she helped to save people from under the rubble of destroyed houses. From 1942 onwards, she performed at the Maxim Gorky Theatre of Drama, recreated during the war and known as the legendary Blockade Theatre. Petrova’s voice inspired the citizens of Leningrad both during the siege and after the war. She worked on the radio for a total of fifty-six years.

Once, during the Siege of Leningrad, Maria Petrova exchanged her bread ration for a collection of poems by Alexander Pushkin. Thirty years later, she presented the book to the poet Sergei Davydov, who dedicated the poem A Gift to her:

For a collection of Pushkin’s verses

Maria Petrova was a regular wartime visitor to the Union of Artists, where she read out the stories of Vladimir Korolenko. Her future husband, Yaroslav Nikolaev, made sketches of her while she was reading. The image in the portrait is both touching and inspired. The harmony of the light-pink and white tones of the clothes and the softly painted background is natural and beautiful. The notes of lyricism in the sitter’s outer appearance and the painterly resolution are particularly distinctive in comparison with such other works by the artist as Self-Portrait and Portrait of Vasily Vikulov.