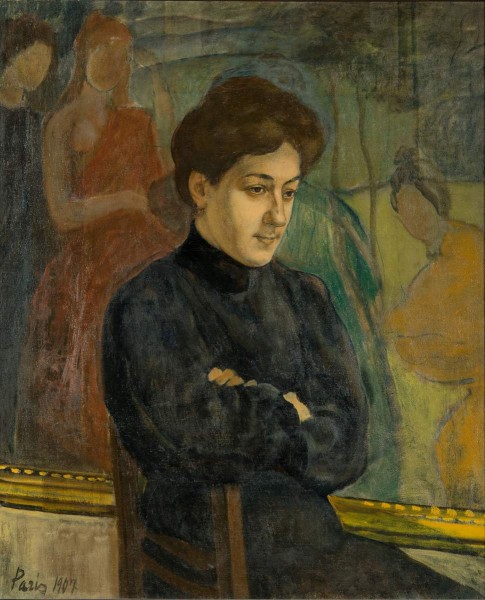 A typical example of Symbolist portraiture, this is the first of numerous images of the artist’s wife. Writing to a friend, Kuzma Petrov-Vodkin called Maria a tigress ready to jump at any minute to the defence of his heart. This portrait, however, is devoid of such warlike features. Estranged from her surroundings, the lightly smiling woman is immersed in self-contemplation tinged with light melancholy or a memory of the soul. The sitter might have stepped down from the Gobelin tapestry against which she is depicted or to have mentally departed into the picture environment. The artist depicts a state of reverie or daydreams; retaining the charm of secret or understatement, the does not attempt to explain its nature. The rhythms of the flowing lines and the sitter’s state of mind correspond to the Symbolist painting in the spirit of the Nabis hanging on the studio wall.