Founded by Tsar Alexander I (1801–25), the State Council celebrated its centenary with a ceremonial sitting in the Round Room of the Mariinsky Palace in St Petersburg on 7 May 1901. All the members of the State Council and the State Chancellery attended in full-dress uniform. Tsar Nicholas II (1894–1917) and senior members of the Imperial family are flanked by their ministers. Repin painted the scene from behind the chairs on the right (next to the columns).

He rapidly sketched the original modello on a canvas on which the perspective of the hall had already been marked out, working from a previously selected point. The artist later turned this study into a large picture with the help of two students of the Imperial Academy of Arts — Boris Kustodiev and Ivan Kulikov. Every member of the State Council is depicted in natural and diverse poses, with strong physical resemblances. 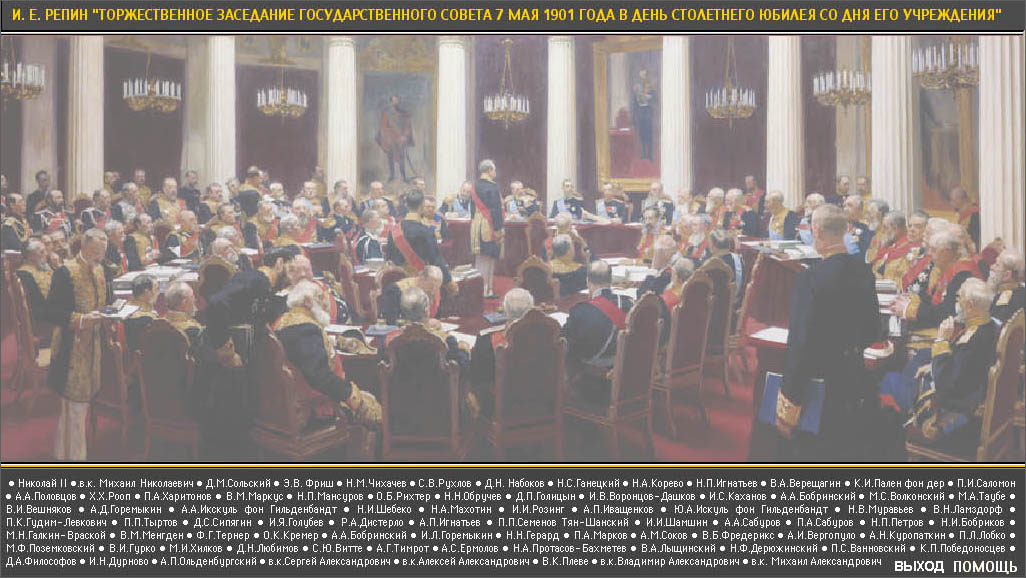 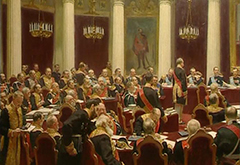