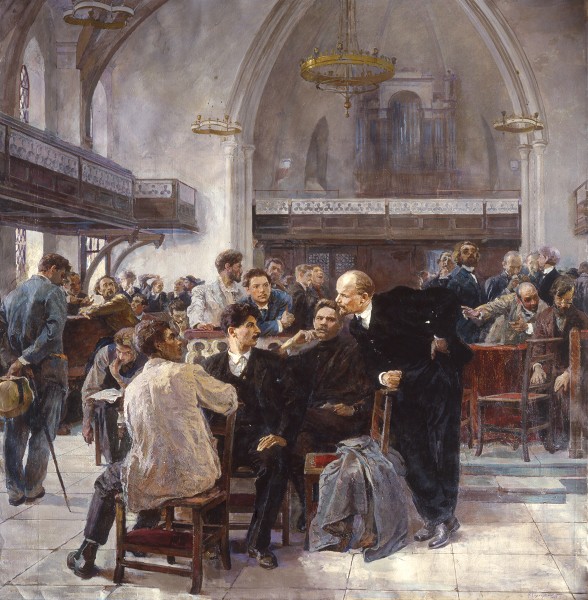 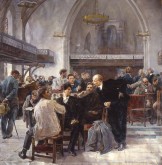 The Fifth (London) Congress of the Russian Social Democratic Labour Party took place from 13 May (30 April O. S.) to 1 June (19 May O. S.) 1907 at the Brotherhood Church in the London borough of Hackney. Depicted in the foreground are Vladimir Lenin, Maxim Gorky, Kliment Voroshilov (behind the railing) and Joseph Stalin.

Work on the painting was interrupted by war, after which Serebryany returned to the canvas, finally completing it ten years after he’d begun. The composition’s dramaturgy is built on the contrast between the vitality of Lenin and his comrades-in-arms and the confusion and unease we observe among his ideological opponents, the Mensheviks, whom the Bolsheviks defeated on this occasion.