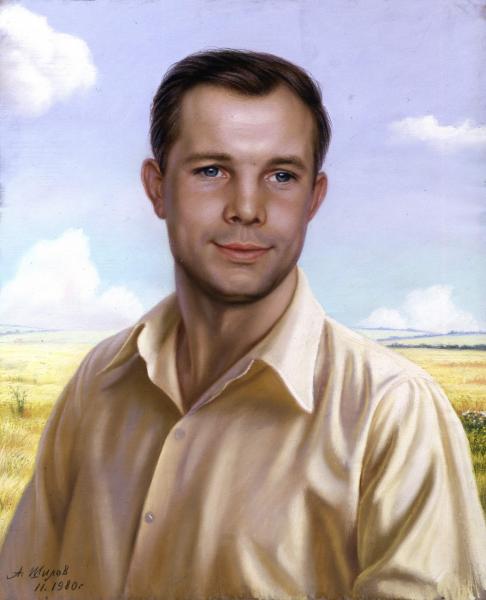 Gagarin, Son of the Motherland

In 1977, Alexander Shilov was awarded the Lenin Komsomol Prize for a series of portraits of Soviet astronauts. This particular work might serve as an original “postface” to the cycle. While the portraits of the series are painted in an official manner, with the cosmonauts solemnly standing in their bemedalled uniforms, this work reveals nothing about Gagarin’s contribution to space history. The bust-length portrait and simple shirt open at the neck shorten the distance between the sitter and the viewer. The combination of Yury Gagarin’s face, which became one of the most famous Soviet icons, and the ideal Russian landscape in the background, however, elevate the portrait to the status of a religious work.