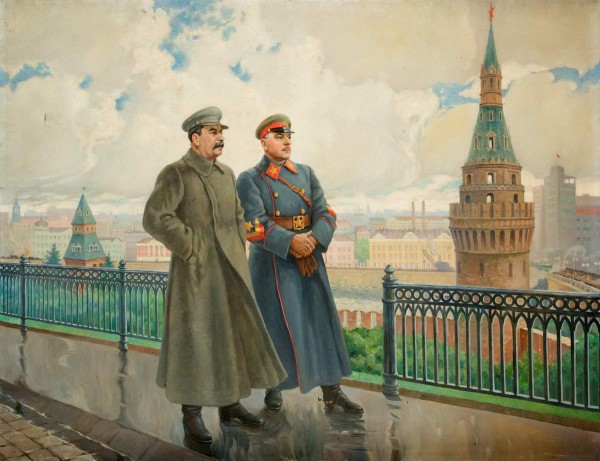 Joseph Stalin and Kliment Voroshilov in the Kremlin

This work is a vivid example of the personality cult in Soviet art. The depiction of Stalin and People’s Commissar of Defence Voroshilov strolling near the Kremlin walls symbolized the preparedness of army and government to defend the country. The leaders rise above a spacious panorama of Moscow in a manner likening them to the bogatyrs of Russian fairy tales and legends. Originally entitled Guardians of Peace, the painting became widely known and was copied and reproduced many times. This copy created by Yury Vasilyev from Alexander Gerasimov’s original painting (1938, Tretiakov Gallery) is smaller than the original, but its reverse side bears Gerasimov’s signed certificate and approval.