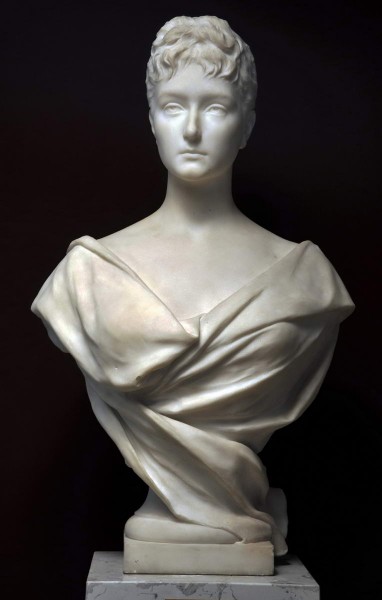 Empress Alexandra Feodorovna (1872–1918), née Princess Alix Victoria Helena Luise Beatrice of Hesse and by Rhine, was the wife of Emperor Nicholas II (married 1894). Raised in England, she was the favorite granddaughter of Queen Victoria. Her marriage produced four daughters and one son. She was involved in charity and worked with her daughters Olga and Tatyana in a hospital during World War I. According to the recollections of her contemporaries, she was deeply religious. Her character combined a rigidity of beliefs with coldness and an intolerance for others’ opinions. She had a powerful influence over the emperor. She was shot along with her family on 17 July 1918 in Ekaterinburg.