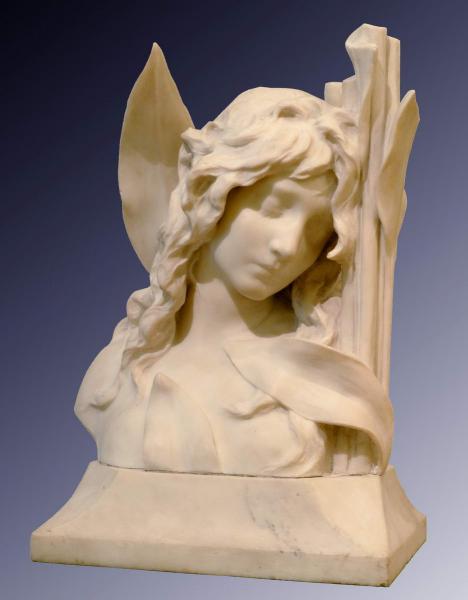 Antokolsky carved this sculpture in Paris two years before his death. Due to his health, the sculptor had to live abroad during almost thirty years. He lived in Naples, Rome and Paris. In Paris, Antokolsky led a very secluded life. Nevertheless, at the Paris Universal Exposition, he was awarded with the Grand Prize (the Great gold medal), which was the highest award, and was granted with the French Order of the Legion of Honour and elected as a corresponding member of the Paris Academy of arts.

While being abroad, he finally formed his artistic views: he focused on morality, philosophy and religion. He materialized his heroes in sculptures of large and small forms. His heroes are united by an unselfish service to truth, good, rejection of evil and violence, with pure and sincere thoughts.

The sculpture "Mermaid", which embodies his idea of female beauty and perfection, belongs to his final works. The sculpture is characterized by poetry, refined femininity, absolute sincerity and lyricism. "Mermaid”, as well as many other works created by the artist abroad, reveals Antokolsky’s love for Russia. He wrote to Vasily Stasov: "My whole soul belongs to the country where I was born and with which I was accustomed. In the North, my heart beats stronger. I breathe deeper there, and I am more sensitive to everything around me. That is why, whatever I do, it will always be the result of those sincere feelings, with which my motherland, Russia raised me."

There is another version of this sculpture, made of marble, at the Pavlovsk State Museum-Reserve.