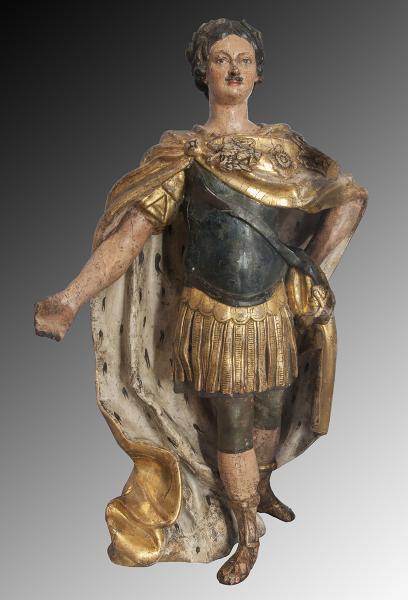 This carved polychrome and gilt-decorated figure depicts Peter the Great as a Roman warrior. In 1948 a plaster copy of it was made. The copy was later used to reconstruct a preliminary design model of a triumphal pillar commemorating Peter’s victories in the Northern War. The design for the model was created by Carlo Bartolomeo Rastrelli with the participation of Nicolas Pinot and Andrei Nartov; however, the construction of the monumental pillar was never executed.