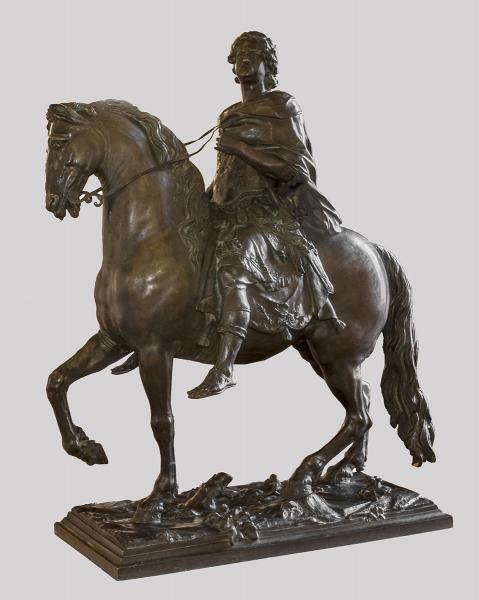 Unknown sculptor
Second half of the 18th century

The sculpture originates from the family collection of the Vorontsov-Dashkovs. A similar equestrian statue is exhibited in the Museum of History of St Petersburg (it was received from the Museum of Old Petersburg). The name of the artist who created the original model is still unknown; but it is obvious that the sculptor was inspired by the famous monument of Louis XVI designed by François Girardon, that remained on the Place Vendôme in Paris from 1699 to 1792, and had multiple diminutive bronze copies. It is possible that the sculptor was also familiar with the statue of Peter the Great designed by Francesco Bartolomeo Rastrelli, erected in front of the Mikhailovsky Castle.