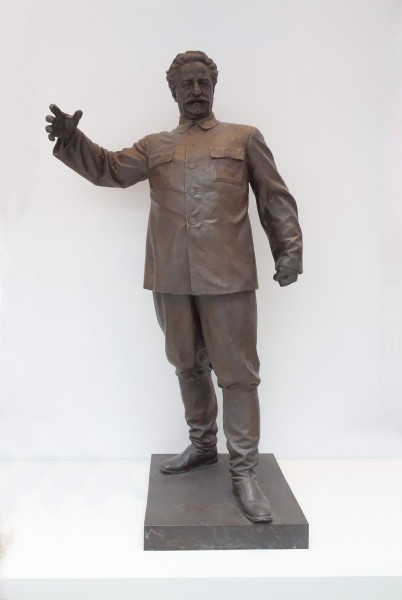 Ordzhonikidze was one of the so-called “Old Bolsheviks” — partisan activists that were present at the beginning of the Russian Revolution of 1917 and subsequently held leading positions in the new governmental hierarchy. This portrait is a typical depiction of a “leader” in the traditions of Socialist Realism. This is already evident in the title of the work: Sergo was Ordzhonikidze’s party alias, under which Ordzhonokidze was mythologized in Soviet “iconography” as a close comrade-in-arms of Lenin and Stalin. The scale of the sculpture and the figure’s energetic, forceful gestures, as if he were giving a speech to a crowd, create the image of a leader endowed with extraordinary human qualities and phenomenal moral strength.