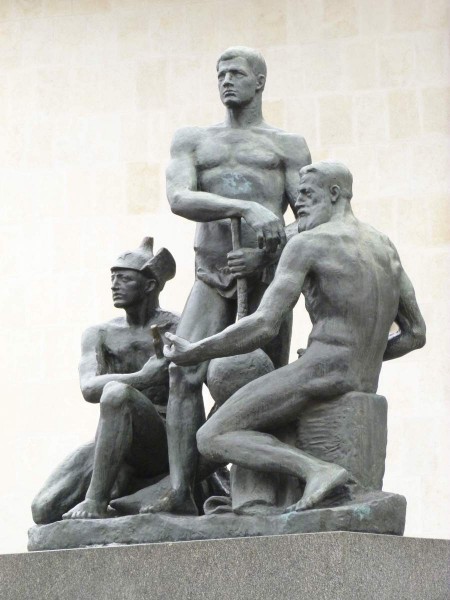 In 1927, for the jubilee exhibition honoring the 10th anniversary of the October Revolution, Matveyev created the monumental sculpture group The October Revolution on commission from the Sovnarkom. Its sculptural treatment aroused heated debate for several decades. The composition was created very quickly, in three weeks, but work on sketches and studies and their ar rangement continued for about a year. The Soldier, Peasant and Worker, images symbolising the ideal of the new free labour, give us a clear notion of Matveyev’s artistic method. The sculptural group was cast in bronze in 1968 and erected in front of the Oktyabrsky Grand Concert Hall in Leningrad.