Painter, draughtsman, portraitist. Russian soldiers found a little Chechen boy in September 1819. Alexei Yermolov, Head Commander of Separate Caucasus Corp, sent the boy to his orderly Zakhar Nedonosov whose name later served as the last name of the boy, a future artist. Attended to the Imperial Academy of Arts (1830) as an external student, fellow of the Society for the Encouragement of Artists (from 1833). Minor silver medal (1835), non-class artist (1842), appointed to the Academy (1843), academician of portrait painting at the Imperial Academy of Arts for the portrait of General Alexei Yermolov (1843). Artist of the Department for Military Settlements, the Military Ministry (1840–1842). 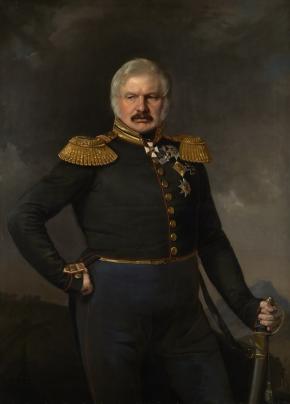