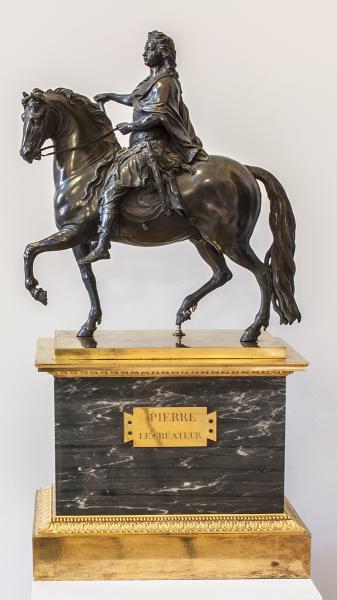 Unknown sculptor
Second half of the 18th century

The small monument with an inscription on the base written in French (“Peter the Creator”) once belonged to the famous collector and patron of arts Count Alexander Stroganov (1733–1811). It can be seen in the family portrait of the Strovanovs (State Hermitage) that was painted in Paris before 1788. The monument was most likely made by a French sculptor whose work was inspired by statues of King Louis XIV that were famous at that time. One of the sculptures was designed by François Girardon and displayed in Paris in 1699, the other was designed by Martin Desjardins and displayed in Lyon in 1715. Both sculptures were destroyed between 1792–1793 during the French Revolution.