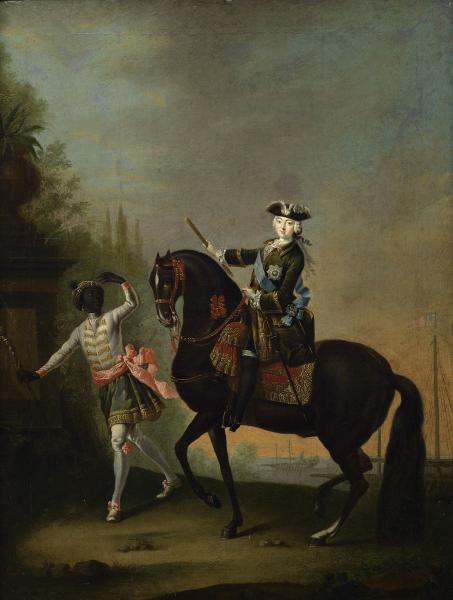 This portrait, painted by the German artist Lucas Conrad Pfandzelt, depicts Elizaveta Petrovna on horseback in the uniform of the Preobrazhensky Life Guards regiment, with the order of St. Andrew (ribbon and star). On her right, a little negro footboy is standing in a theatrical pose. The portrait is a copy of the original painted by Georg Christoph Grooth (1743; the Tretyakov Gallery), under whom the artist studied. It is the companion portrait to the Equestrian portrait of Grand Duke Peter Fedorovich, 1747 (?) (The State Russian Museum, ZH-11370.)