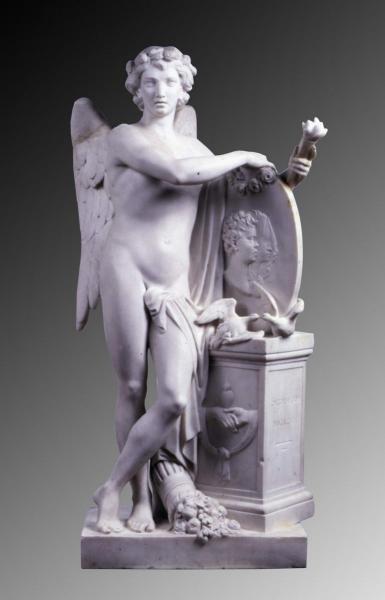 Hymenaios is the god of marriage and the son of Dionysus and Aphrodite in the Greek mythology. He was usually depicted as a young man with flower garlands, holding the torch in his hand. Related to the god's name, a hymenaios is a genre of Greek lyric poetry sung during the wedding in honor of newly married couple. The sculpture was created for the wedding of the son f Emperor Paul I, Grand Duke Konstantin Pavlovich (1779‒1831) with Princess Juliane Henriette Ulrike of Saxe-Coburg-Saalfeld (1781‒1860), who took the Orthodox faith and was given the name of Anna Fyodorovna.