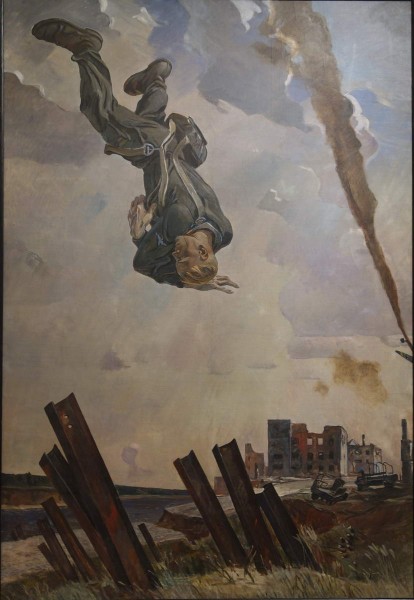 The painting was the artist’s emotional response to the Soviet forces’ victory in the Battle of Stalingrad in the winter of 1943. A sense of Nazi Germany’s inevitable defeat in its war with Russia took hold of the entire Soviet people, and the artist conveyed this in the painting’s harsh and violent subject. Deineka worked assiduously on the perspective, checking the composition against numerous pencil sketches he’d made to record his front-line impressions of air battles and shotdown pilots. Dominating the work are the ideas of vanquished evil, just retribution and faith in total victory.