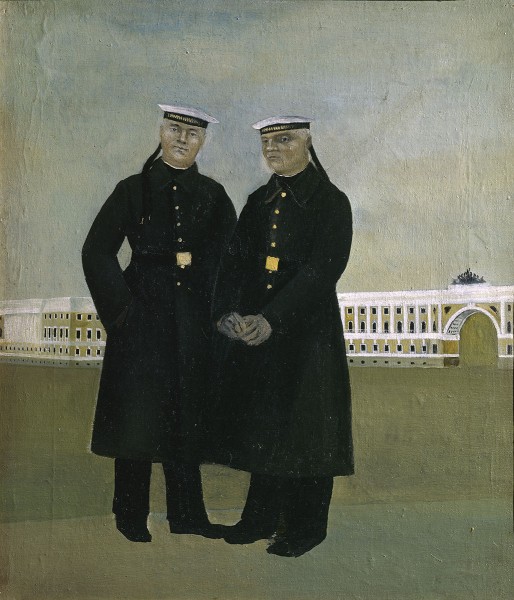 Boris Yermolaev painted an entire portrait gallery of sailors and Red Navy commanders in the first half of the 1930s. Entranced by the sea ever since he was a child, the artist combined his studies in studios of art with work as a sailor in the Commercial Port. An outstanding draughtsman, Yermolaev followed the traditions of naïve art in the 1930s, deliberately subordinating his artistic talent to this task. He worked in his studio after sketches from life, painstakingly depicting his characters whilst virtually depriving them of material reality. The condensed atmosphere of his painterly world is similar to the prose of Andrei Platonov.