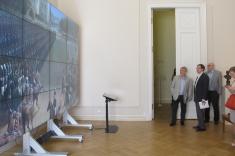 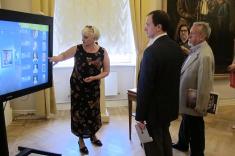 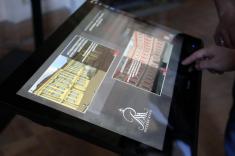 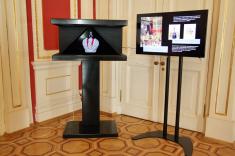 "Theater of Russian History. House of Romanov - Facts, Legends and Myths. The Saga of the Dynasty"

Since 2013, the Russian Museum has been working on the recommendation of the Ministry of Culture of the Russian Federation to implement a long-term project to transform Mikhailovsky Castle into a new type of Museum dedicated to the history of the Romanov dynasty. The principal novelty lies in the fact that the traditional display of the collection for the Museum of fine arts is undergoing significant changes, primarily due to the active use of modern electronic technologies in the exhibition, which meet the visitor at the entrance to the castle and accompany him on all routes. The process of learning and understanding the history of culture from edifying and instructive turns into an interactive, sometimes playful, giving the viewer the opportunity for dialogue and choice.

The project is a historical drama in ten acts with an epilogue (each Act is dedicated to a single epoch or fate):