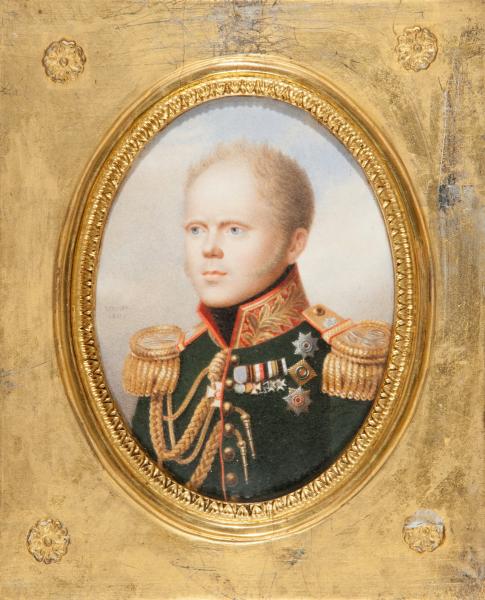 Konstantin Pavlovich (1779-1831) was the second son of Grand Duke Pavel Petrovich and Grand Duchess Maria Feodorovna and the second grandson of Catherine II. He participated in Suvorov’s Italian and Swiss campaigns. In view of the marriage to a woman of unequal social rank, he abdicated his right of succession to the Russian throne. After Alexander’s death he confirmed his abdication. He participated in Anti-Napoleonic Wars. He had become Commander-in-chief of the Polish army and de facto viceroy (namestnik) of Poland since 1814. During the Polish Uprising he left Poland. On his way to Belostok he caught cholera and died.