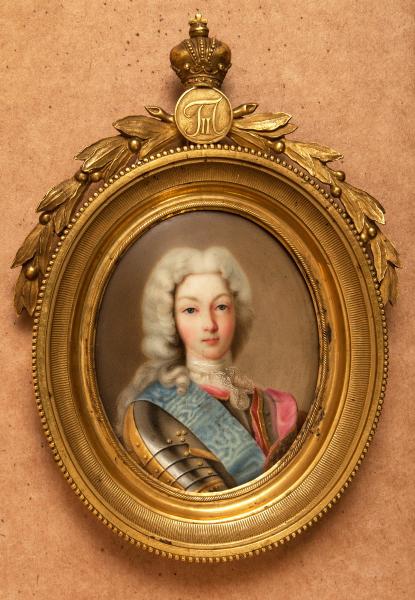 Emperor Peter II Alexeyevich (1715–1730) was the son of Tsarevich Alexis Petrovich and Princess Charlotte Christine Sophie of Brunswick-Wolfenbüttel, and the grandson of Emperor Peter the Great. He was himself Emperor from 1727. He was under the guardianship of the Supreme Privy Council, which was led by Peter the Great’s former favourite, his Supreme Highness Prince Alexander Menshikov. After Menshikov’s arrest in 1727 power in the Supreme Privy Council was usurped by the Dolgorukys, princes from an old boyar family. The system that existed before Peter the Great began to be restored and the court moved from St Petersburg to Moscow. The boyar aristocracy was strengthened and the army and navy fell into decline. Peter II had no inclination either to deal with matters of state or to study, and spent his time in games and entertainment. He died of smallpox in January 1730 and was buried in the Archangel Cathedral in the Moscow Kremlin.