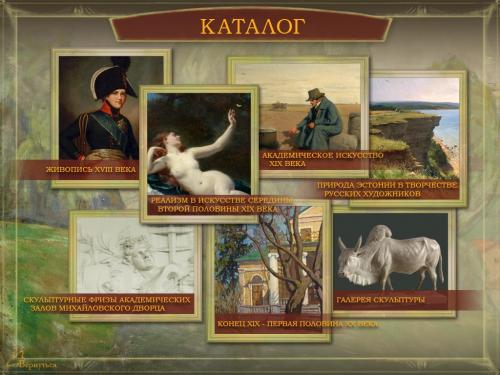 Artists of Estonia in Russia, Russian Artists in Estonia. A Virtual Exhibition

Multimedia program «Artists of Estonia in Russia, Russian Artists in Estonia» is the first project aimed is identifying and presenting works of the 18th and 19th century painters associated with the national art school of the Republic of Estonian that are stored in the collections of the Russian Museum. The program has been produced as part of the INTERREG-funded project Creation of new tourist route 'Estonia - Russia' by Estonian and Russian young people ("Virtual Tourism”).
The program aims to introduce Russian and Estonian young people to the work of Estonia's painters who studied at the St. Petersburg Academy of Art and combined their work with life in St. Petersburg and their homeland.
Multimedia program «Artists of Estonia in Russia, Russian Artists in Estonia» is structured as six rooms of the virtual exposition:
• 18th century painting
• 19th century academic art
• The sculpture gallery
• Realist in mid- and late 19th century art
• The late 19th and the first half of the 20th century
• Estonian nature in the art of Russian painters

A substantial segment of is devoted to the art of Baltic masters of German descent, i.e. C. T. von Neff, O. F. T. von Moeller, K. G. Wenig, E. G. Dricker, E. R von Liphart, J. S. von Klever, and of the sculptor A. Weizenberg, who was of Estonian descent.
One of the rooms of the virtual exposition covers the work of Russian painters G. Chernetsov, P. Vereshchagin, A. Meschersky, P. Dgogln, I. Shishkin and K. Somov, who found inspiration in the stern beauty of the coast of the Gulf of Finland outside Narva, which became favorite resort and holiday spots for many inhabitants of St. Petersburg.
The program is supplemented with a full catalogue of work included in the program, lists of artists, personages and characters of their works, a glossary, and a bibliography. 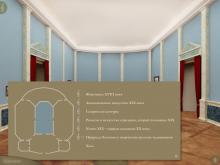 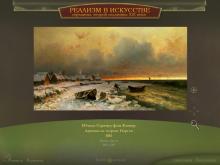 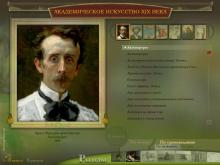 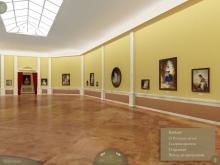 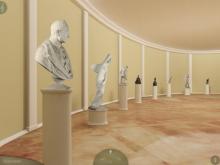