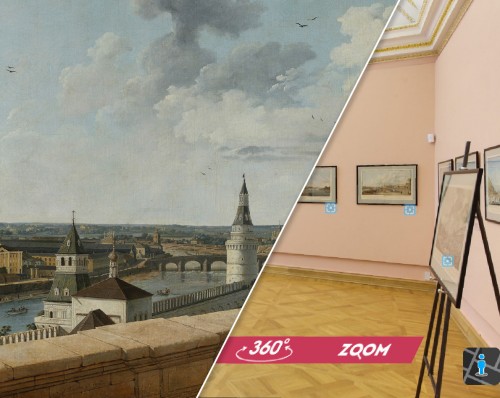 Gérard de la Barthe, French painter and watercolorist, worked in Russia between 1787 and 1810. In the late 1780s, de la Barthe painted views of Tsarskoye Selo, and in the second half of the 1790s, he created a series of watercolors and paintings depicting views of Moscow and its suburbs that became widely popular due to etched reproductions of them. De la Barthe earned his reputation as a skillful artist, equally successful as a landscape painter, a view painter, and a "figurist", masterfully rendering the bustling everyday life of a big city.

The exhibition at the St Michael's Castle included 15 paintings from the Moscow series by Gérard de la Barthe, accessioned into the Museum's collection in 1931 from the Alexandrovsky Palace in Tsarskoye Selo and never yet exhibited in its entirety. The display also includes views of Moscow painted around the same time by I. V. Moshkov (1778–1845) and etchings depicting the 1812 Fire of Moscow, the landscape backgrounds of which are based on de la Barthe's vedute. 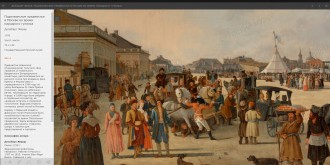 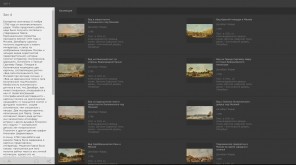