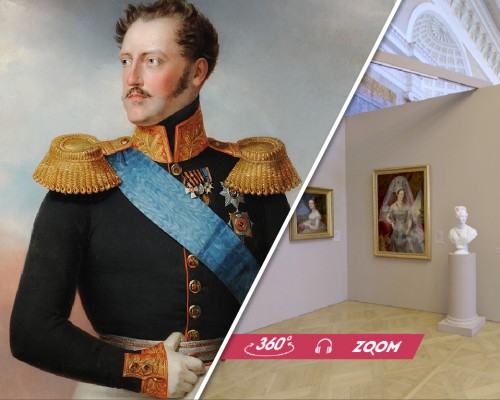 Virtual tour of the exhibition, held in the Russian Museum from 13 February to 12 June 2019.

The sixth exhibition from the cycle “The Romanovs Family Saga” covers the personality and state affairs of Emperor Nicholas I, his foreign policy, the life of society, the imperial court and the royal family, as reflected in the works of painting, graphics, numismatics and decorative and applied arts. The exhibition includes a series of ceremonial portraits of Emperor Nicholas I, his associates (A. Menshikov, A. Benkendorf, I. Paskevich, and others) and members of the royal family, made by such artists and sculptors as George Dow, Franz Kruеger, Orest Kiprensky, Fyodor Tolstoy and others). Paintings and drawings, vases, porcelain sets, furniture, bronze, numismatic curiosities included in the exhibition give an idea of the panorama of the artistic life of a prosperous country, of the refined interiors of the royal residences and the peculiarities of the life of the highest court. Separate sections of the exhibition are devoted to operations on the fronts of the Russian-Turkish and Crimean Wars, and the journeys of the emperor and his family.

The exhibition is organized by the Russian Museum, whose rich collections comprise its most part. It also includes works provided by the State Hermitage Museum, the State Tretyakov Gallery, the State Historical Museum, the Pushkin Museum of Fine Arts, Peterhof, Tsarskoye Selo, Pavlovsk, Gatchina Museum Reserves, the Military Historical Museum of Artillery, Engineering and Communications, the State Archives of the Russian Federation, and a number of other state museums and archives of Russia, as well as private collections.

View the virtual tour (only in Russian) 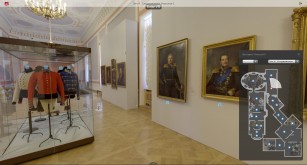 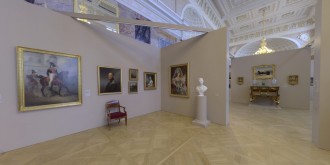 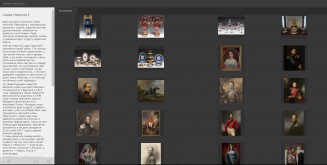