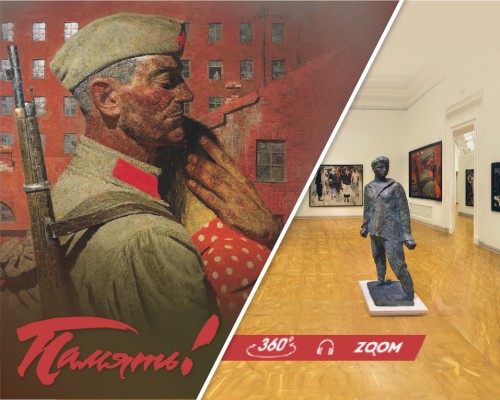 The exhibition is dedicated to the 75th anniversary of the Victory in the Great Patriotic War. The exhibition includes more than 50 paintings and sculptures from the collection of the Russian Museum, made in the post-war period, from 1945 to the 2010s.

The tour allows you to take a virtual trip through the exhibition halls, examine the exhibits in detail and get additional information about them, as well as listen to audio guides about the most significant works. During the tour, you can also hear the story of the curator Yegor Mogilevsky about the concept of the exhibition and a video recording of a tour of the exhibition by Svetlana Yershova.

In the three halls of the Benois Building (thematically designated as War, Victory and Memory), you can see the most significant works of Soviet art, as well as works by modern authors dedicated to this terrible and at the same time heroic era. The exhibition is based on the idea of preserving the memory of the war — historical, family, personal.

Among the most famous names presented at the exhibition are front-line soldiers E. Moiseenko and B. Nemensky, B. Ugarov and A. Romanychev, classics of Soviet art - Kukryniksy, A. Laktionov, D. Nalbandian, A. Mylnikov, A. Plastov, G. Korzhev, P. Ossovsky, M. Anikushin, M. Manizer, M. Pereyaslavets and other artists for whom the military theme has become one of the most important in their work. Seeing off, the Siege of Leningrad, defenders of the Fatherland, mothers, wives, widows who did not wait for their husbands, the long-awaited Victory and the unhealed pain of memories. Each of the authors searched and found his way to a true story about this cruel ordeal that fell to our grandfathers and great-grandfathers.

View the virtual tour (in Russian) 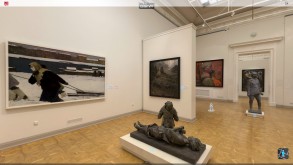 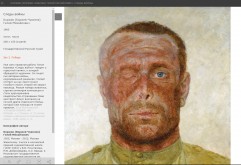 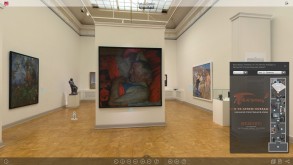