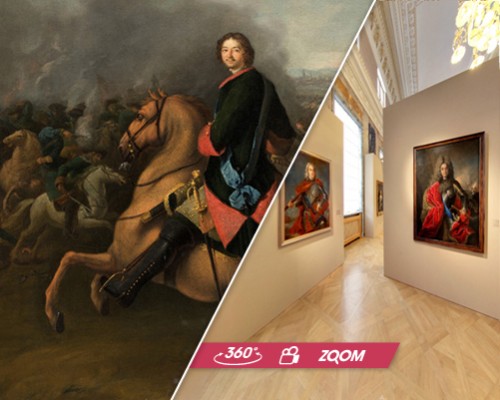 Peter the Great: His Era and His Inner Circle. Online

Virtual tour of the exhibition, which took place in Mikhailovsky Castle from December 17, 2015 to April 3, 2016. The exhibition featured more than 200 works of painting, sculpture, applied art, numismatics from the collection of the Russian Museum, the State Hermitage Museum, the Tretyakov Gallery, the State Historical Museum and other museums and private collections. The virtual tour allows you to travel through the exhibition halls, examine in detail and get additional information about each of the exhibits, among which a significant part is occupied by authentic masterpieces of Russian art of the Peter the Great era. The works are accompanied by annotations prepared by the staff of the scientific part of the Russian Museum and museums that participated in this grandiose exhibition project.

The most significant place at the exhibition is occupied by samples of the portrait ‒ the leading genre of Peter's time: the emperor himself, his family members, "nestlings of Petrov's nest", contemporaries and associates depicted on the canvases of Russian masters (I.Nikitin, A.Matveev), outstanding foreign artists who worked in Russia (I.Tannauer and L. Karavak), as well as masterpieces of European painters. For the first time, the completely reconstructed famous "Preobrazhenskaya series", famous battle paintings dedicated to the Northern War, a series of medals, the release of which in Russia began precisely in Peter's time, were demonstrated. The image of the emperor was complemented by memorial items of Peter the Great from the Summer Palace and the House of Peter I.

During the tour, you can hear an interview with the curator of the exhibition, head of the painting department of the XVIII ‒ I half of the XIX century, Grigory Goldovsky, and also watch a lecture by one of the largest experts on the art of the Peter the Great era, a leading researcher of the painting department of the XVIII – first half of the XIX century of the Russian Museum, Svetlana Moiseeva. The tour also shows the films "Tannauer. Peter I in the Battle of Poltava"; "Unknown artist. The Capture of Azov" and "The Unknown protagonist" (about the restoration of the "Portrait of a young man in a green caftan" by I. Nikitin).

The virtual tour is prepared in Russian and English, which will allow you to get to know the era of Peter the Great better not only for residents of Russia, but also for other countries.

The Russian Museum expresses its sincere gratitude to all the museums that took part in this project, including the State Hermitage Museum, the State Historical Museum, the State Tretyakov Gallery, the Pushkin State Museum of Fine Arts, the "Pavlovsk", "Gatchina", "Peterhof", "Tsarskoye Selo", "Kuskovo" Museums and nature reserves and the Museum of Fine Arts of the Republic Karelia, New Jerusalem Museum, A.S.Pushkin Museum, Nizhny Novgorod State Art Museum, which provided images from their collections for the preparation of a virtual tour. 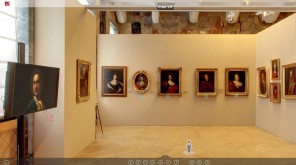 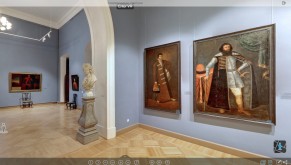 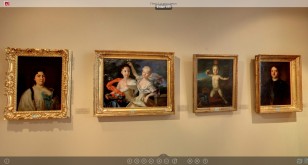 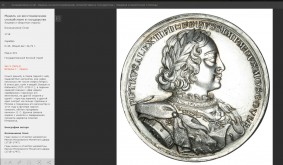