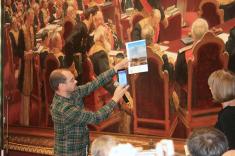 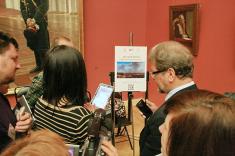 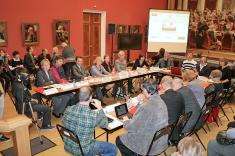 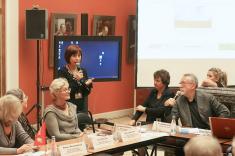 The mobile application for Android and iOs platforms was developed with the support of Mobile TeleSystems PJSC.  At the exhibition 100 QR codes were placed near the most famous works of art   and  a booklet  “Grigory Chernetsov. Parade on Tsaritsa Meadow” was prepared and published. The booklet is devoted to the unique painting of the early 19th century representing more than 200 characters which were contemporaries of the poet Alexander Pushkin.