He was born in Antwerp but worked mainly in Copenhagen, Denmark. He is especially known for the production of grandiose and sumptuous memorial chapels, sepulchral monuments and epitaphs, which can be found in churches throughout Denmark and northern Germany's Schleswig-Holstein area.

He was already a respected artist when he came to Denmark at the end of the 1680s. He arrived in 1689 and supervised the work on the tomb designed by his father for Field Marshal Hans Schack (1609–76) in Trinity Church (Trinitatiskirke), Copenhagen. In a short time he gained a considerable independent reputation as a sculptor in Northern Europe. He opened in 1689 a workshop in Lübeck, which specialized in funerary monuments for Danish and north German patrons. In his workshop he had many students and helpers. He returned permanently to Antwerp in 1707, and became a master in the city's Guild of St Luke. He died in Antwerp and was buried on 7 September 1709. His almost seventeen years in Denmark had a significant impact on the development of Danish sculpture, and especially memorial sculpture. Many of the next generation's best sculptors were his students. 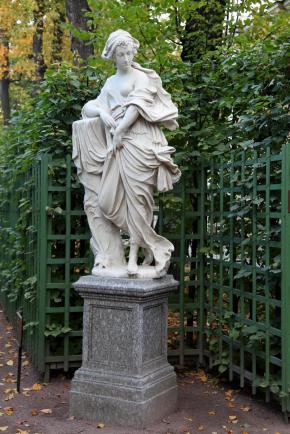